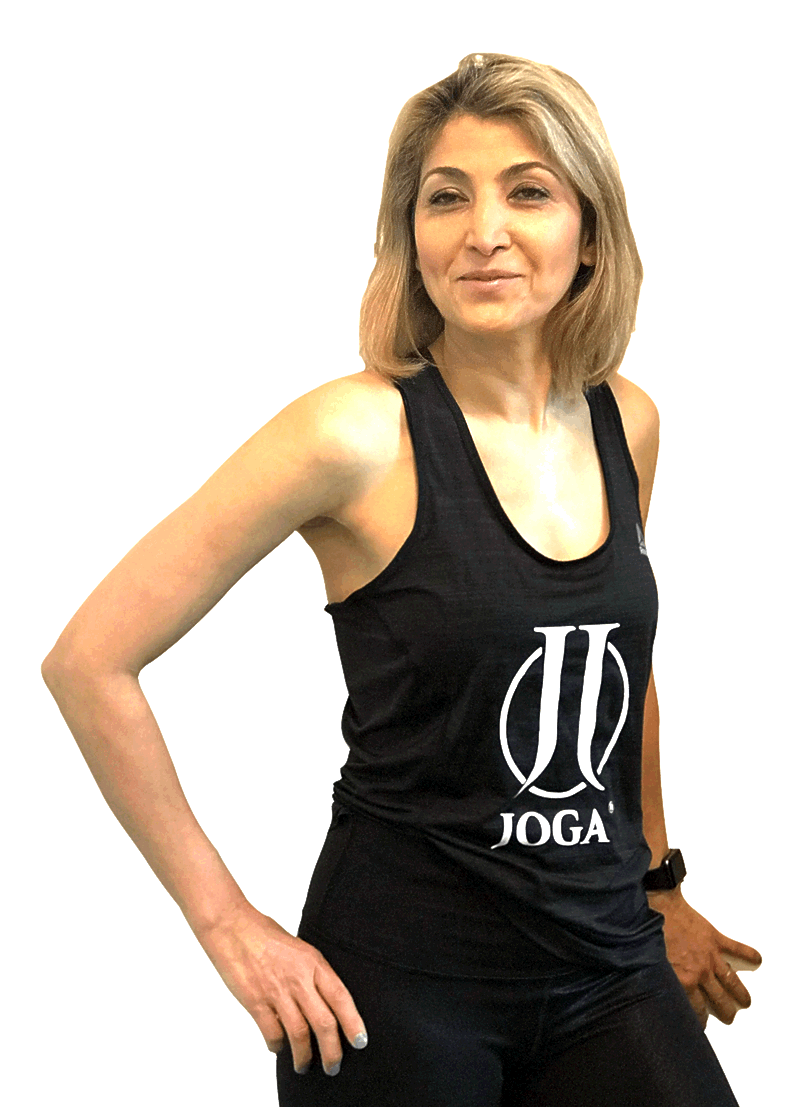 WHY I CHOSE JOGA

My love for competitive sports was developed in my youth as a champion on the National Iranian Gymnast team.

After completing her bachelor degree in physical education and sports science, she worked as a gymnastics coach, swimming teacher, and group fitness instructor in Tehran. During this period, Rozita coached the national Iranian gymnastics B team, which ranked second for two consecutive years.

Moving to Dubai, Roshan became a physical education teacher in a private school for 5 years prior to landing in Vancouver BC where she settled and continued to developer her career.Throughout the past 15 years in Vancouver, Rozita has maintained her certification with Gymnastics BC and has earned the respect and admiration of athletes and their parents as a competitive (Flicka and Balance) and recreational (West Vancouver Recreation Centre) gymnastics coach.

After suffering a knee injury and going through physio and rehab exercises to overcome her injury, Rozita inadvertently took part in a Joga (Yoga for athletes) class at Steve Nash Sports Club and discovered that it helped her to cope with her chronic knee pain. Recognizing Rozita was an advanced student who exhibited a love for the classes, the instructor encouraged her to become a certified Joga coach.  Shortly thereafter, Roshan completed the coaches training and is now a certified Joga coach and has launched classes in the Vancouver area.

Posted @withregram • @joga_world On a scale of 1

Challenge Accepted💥💥💥@jogajana you are my

Look who is doing Joga - Join Coach Rozita Get Fit

To all the powerful ladies!!Happy International Wo

It was such an inspirational experience these past

What an honour to work with these gymnasts at Bala

Joga at the top of Whistler mountain celebrating m

Make Joga a part of your offseason!! @joga_world @

Who is doing Joga? The Raptors!! And also members

Thanks to all the Jogis who attended our ‘Intro

#jogainvancouver Join us for a free intro session.

Make Joga a part of your offseason!

“A professional and dedicated approach tailored to your needs is what you get from Rozita from day one. I also found her very knowledgeable when things changes along the way or some approaches don’t deliver her expected results. Very happy with her along my way during the last 8 months towards better health and fitness; I found her my ideal trainer so far. Thanks, Rozita !”

“Gymnasts at Balance Gymnastics. The athletes have hugely benefitted from her programming and the results of this program are numerous! We have been very lucky to have her skills and expertise. - www.balancegymnastics.ca”

“Words cannot reflect the kind and wonderful work Rozita has done with both of our daughters. Rozita is highly professional, self-motivated, attention to detail type coach who has motivated and inspired our girls to love gymnastics! I can’t thank her enough for all of her hard work.”

The Holtrops, Parents of Students

“Thank you for being such a big part of Natalie's life for the past 2 years. I appreciate your dedication, patience, and persistence. You have helped Natalie develop into a more mature athlete and she has a very strong foundation that supports her in her other sports. When she is biking or skiing, I get comments about her strength, power, agility and body control. All I can answer with is "she has a great gymnastics coach"”